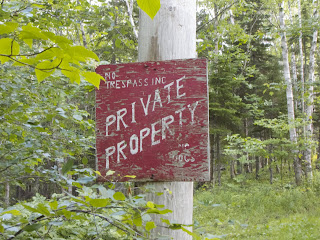 Ever since I was a kid I made the trek from my aunt’s house over to the Y-Camp in Ironville – a seemingly long walk in a kid’s world. While my mom and aunt chatted, my dad would ask “Anyone over the camp” ?  I would always hope for a  ‘NO’ response (you would never go over if camp was in progress) and off we would go. You would pass a few private cottages before spotting the camp in the distance, just past that Private Property sign.

I would find little treasures the campers may have left behind or peek into the neat yellow cabins that were originally built in Sydney (about 30 km away) and transported by rail, in the 1940’s, up to Ironville. Now that I am older I realize that it was only a five minute walk, if that !

In 2013, the YMCA of Cape Breton – for various reasons, made a decision to sell the ten acre property (you can Google that) .  The YMCA is a terrific organization and I’m sure the decision was a tough one to make, as so many folks in Cape Breton have very fond memories of the camp. Although never attending the camp officially, my memories are just numerous childhood walks around the cabins, down to the shore and back to my relatives’ place where we would play on the swing between the two big birch trees and watch the eagles on the mountain across the road. 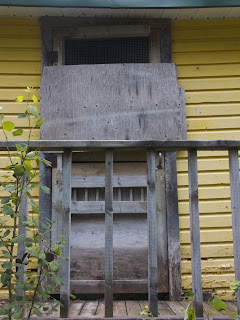 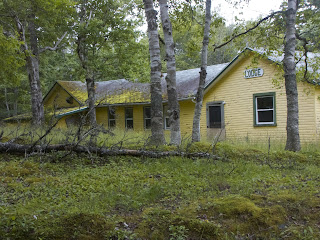 In recent years, a family member built a cottage in the area and I was able to bring friends on that short hike over to the Y-Camp (sorry for trespassing). It is disheartening to see how the cabins have fallen to a state of total disrepair, how the grass is knee-high and how all signs of kids having a blast “away from home” have evaporated. The wharf is hauled up on the shore in pieces while the basketball and ball field areas looks more like a pasture.

On one visit, a buddy and I could hear an alarm sounding on one of the lower cabins but sadly, there was no one around to hear… or care for that matter. It was rather eerie! On subsequent visits, another friend and I would take our cameras and try to capture a slice of the past, a place where many kids who under normal circumstances could not partake in such an adventure, had a opportunity to eat, play, swim and camp out with other kids. 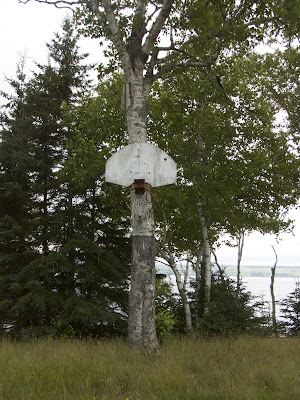 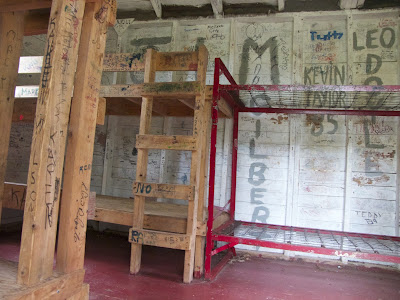 It is a beautiful piece of property and anyone who has ever seen it would probably think “If I had lots of money, I’d buy that!” I guess, now, someone will. 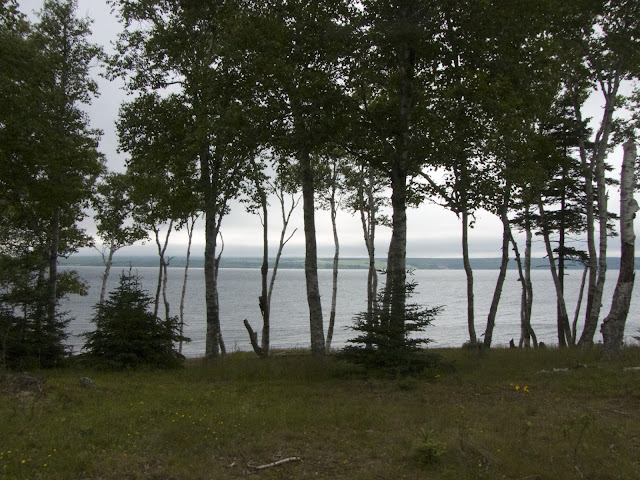