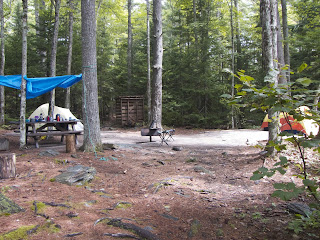 On fairly short notice, we decided to call Kejimkujik National Park to see if there was any hope of getting a backcountry site for the upcoming Labour Day long weekend.  What better way to finish off the summer than a trip to Keji. The kind park attendant at the other end of the phone line informed me that the park was fully booked but that she had just received a cancellation, minutes before.  She offered it to me. Hmmmm.. Was it a really long haul…nope. It was for Site #1, the easiest backcountry site to reach in all the park, a simple 1 km trek from the parking lot to the site. 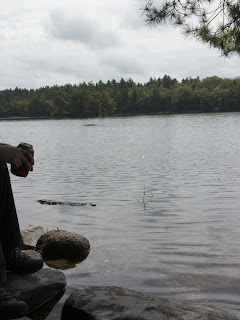 Beggars can’t be choosers, so I said sure!  It would give us a spot to setup camp and then hike from there, perhaps in opposite directions each day. Good plan! The more I thought  about it, the more I realized that there are advantages to this – specifically the ability to bring not only a small cooler with real food but best of all BEER. This is almost impossible on a longer trek. Heck, an emergency stash in the back of the car was an option!

We arrived at the site about 11AM and proceeded to put up our tents and start to make ourselves at home. There were two large tent pads, a well stocked firewood shelter (multi-purpose…you’ll see later on), outhouse, picnic table and a short path to the lake. An hour later our tasks were done, the sun was strong in the sky and we could take off for a hike. But there was cold beer ! To make a long story short, it turned out to be the laziest of afternoons spent at the campsite or down at the lake: reading books, watching the frogs, taking pictures, building a fire and snacking. Steaks on the open fire, baked potatoes, wine and homemade granola bars rounded out the evening dinner menu. No boring, dried space food on Site # 1. It was so RELAXING ! 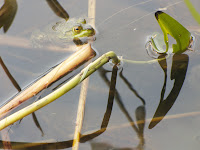 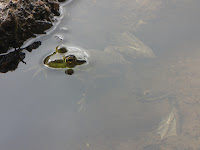 Our little slice of lakefront seemed to be home to three frogs: one small, one medium and the King Pin I called Kermit.  Whenever there was an excuse to go down the path to the lake I would look for Kermit and his friends. The water was super clean with abundant lily pads and lots of minnows skating around. I am sure the frogs has their own little slice of paradise there on Big Dam Lake. 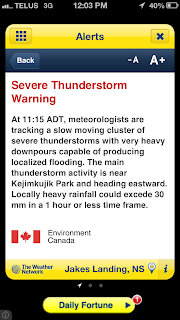 The next morning, the skies were darkening as the Kilimanjaro Peaberry coffee was loaded into the press. I had brought an old blue tarp that had ropes tied at each corner so it was time to loft it over the picnic table. Since we only had three trees nearby to brace it to, it looked a little funny but what the heck. A glace at The Weather Network informed us that a sever thunderstorm warning was brewing – you guessed it – over Kejimkujik. The heavens opened and we made a dash for the wood shelter. My tent had never really been exposed to a monsoon before so this could get interesting! Thunder, lightning, the whole nine yards was going on while we sipped our beer.

The next day at the information centre, staff told us that lightning had caused transformer to blow and they had lost power. The heavy rain moved on but it never really did clear up as the forecast had said. That’s was OK – our tents were dry and we had another great dinner of biscuits, potatoes and Big Piney stew (damn no wine!)

Since the weather wasn’t terrific, no hiking was done this day either. Actually, we ended up not leaving the site for the two full days. Rather, it was some well-deserved downtime after a busy spring and summer. I recommend Site #1 to anyone looking to get away from it all without really having to, well, get away from it all!! 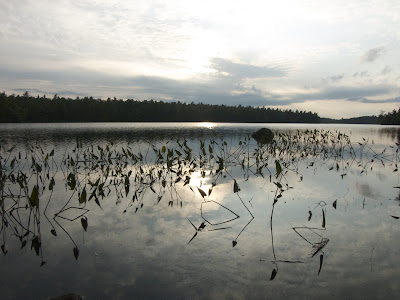