Every once in a while, I like to rent a cottage in an “unfamiliar to me” place and hunker down for a week to explore the property, the surrounding area and all the ‘sights and sounds’ in between. There was the log cabin in Roberta, Cape Breton with no TV and the most exquisite sunsets over the Bras d’Or Lakes one could imagine. On the flip side, the flies literally chased me indoors on most days.Then there was the little house in Neil’s Harbour that was perfect ! Situated on the ocean just off the Cabot Trail, one was serenaded to sleep with the crashing of the waves and the rhythmic sounds of navigational buoys just off shore.

This year I randomly chose a chalet for rent on Nova Scotia’s north shore in Tatamagouche, along the Sunrise Trail. Draw a straight line across the Northumberland Strait from Charlottetown, PEI and that’s Brule Shore – where I parked my butt for a week. A country road changes to a dirt road (a good sign) just past the awesome bakery (another good sign) and then you continue to the very last cottage on the lane. It doesn’t get any better than that !

Perched on the banks of the Northumberland, diving into the warm water was easy but even better was enjoying nature’s daily natural wonder – the changing of the tides. For the first part of the week, low tide was around supper time which allowed one to walk far out into the empty bay with only some sand and eel grass to tickle your feet. Later in the week, an unstable weather pattern along with a full moon seemed to throw off the gravitational show a bit. 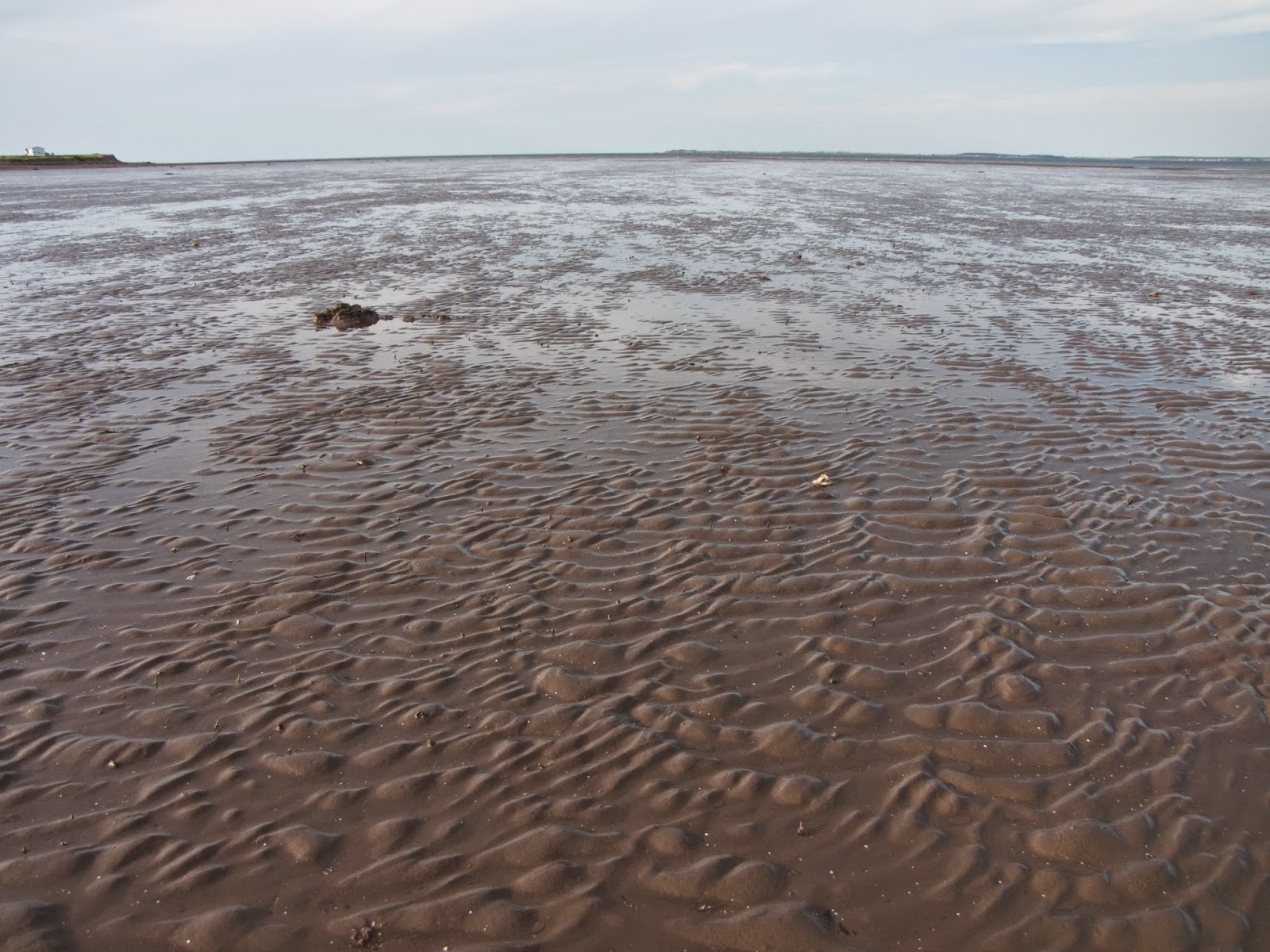 Being a fan of the Tour de France, I had to endure a week of cycling withdrawal ! Even though the cottage was equipped with satellite dish service (from Bell) they don’t broadcast Sportsnet (from Rogers) as part of their standard package due to “corporate politics” so I had to rely on replays from the web – but that was OK. Otherwise it was total relaxation –  a time to read, run and explore the north shore. 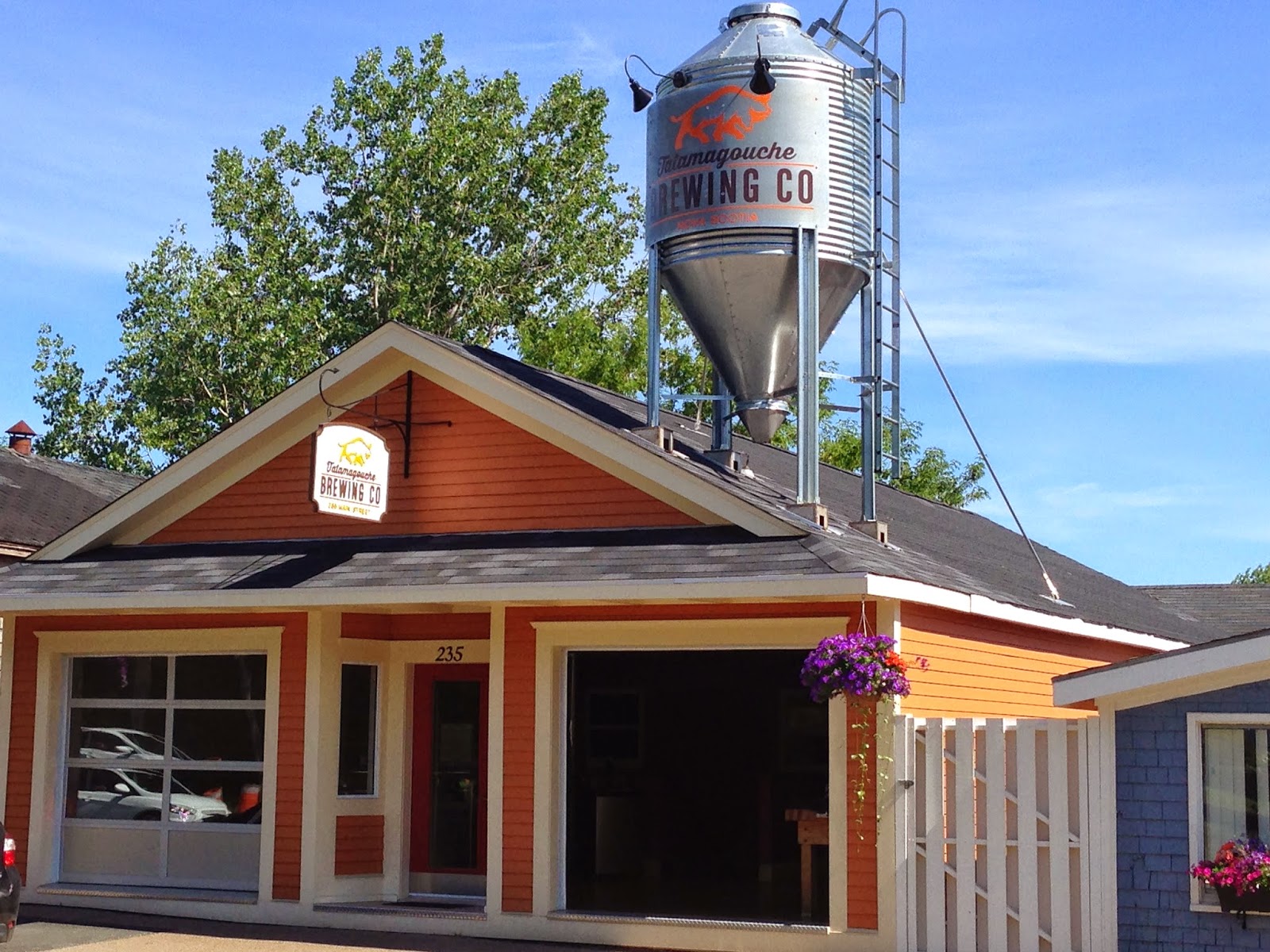 Main St. Tatamagouche has a new craft brewery with Hippy-Dippy Pale Ale, Bonnyman House Tea Room/Cafe/Used Bookstore with awesome coffee, a cool second-hand store where I scored a Coleman stove for $15.00 as well as the usual banks, grocery store and NSLC outlet.

The village is also known for it’s train car Restaurant and Inn which I found a bit amusing. 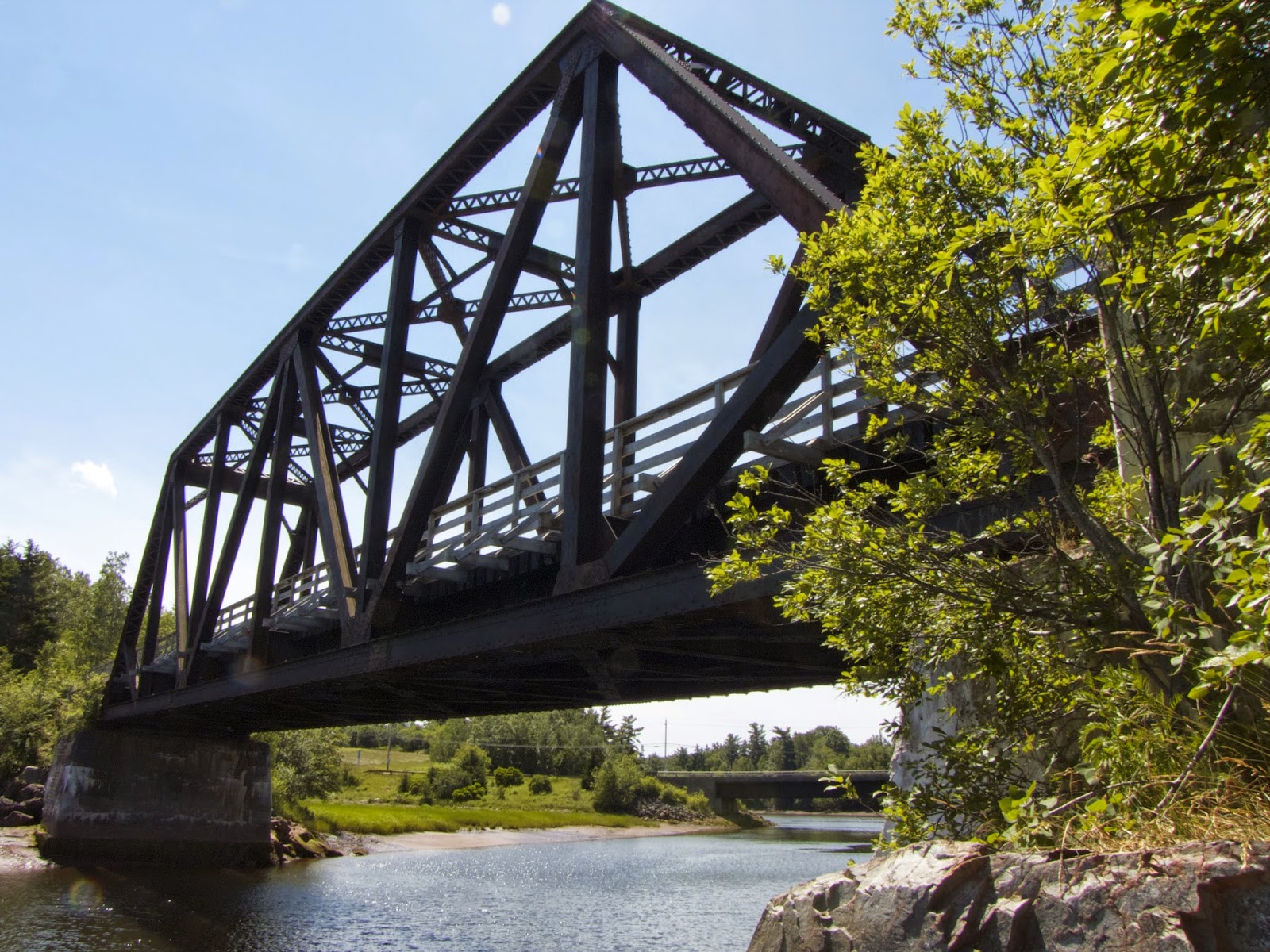 Side trips to Pictou County for a new Grohmann knife and a stop at Uncle Leo’s craft brewery in Lyon’s Brook made for a fun day trip. I biked the Butter Trail and enjoyed the delicacies of the Pork Shop in nearby Denmark.

It is a quiet, non-commercial spot with nice folks, beautiful scenery and great hospitality.  I hope to make it back there again. 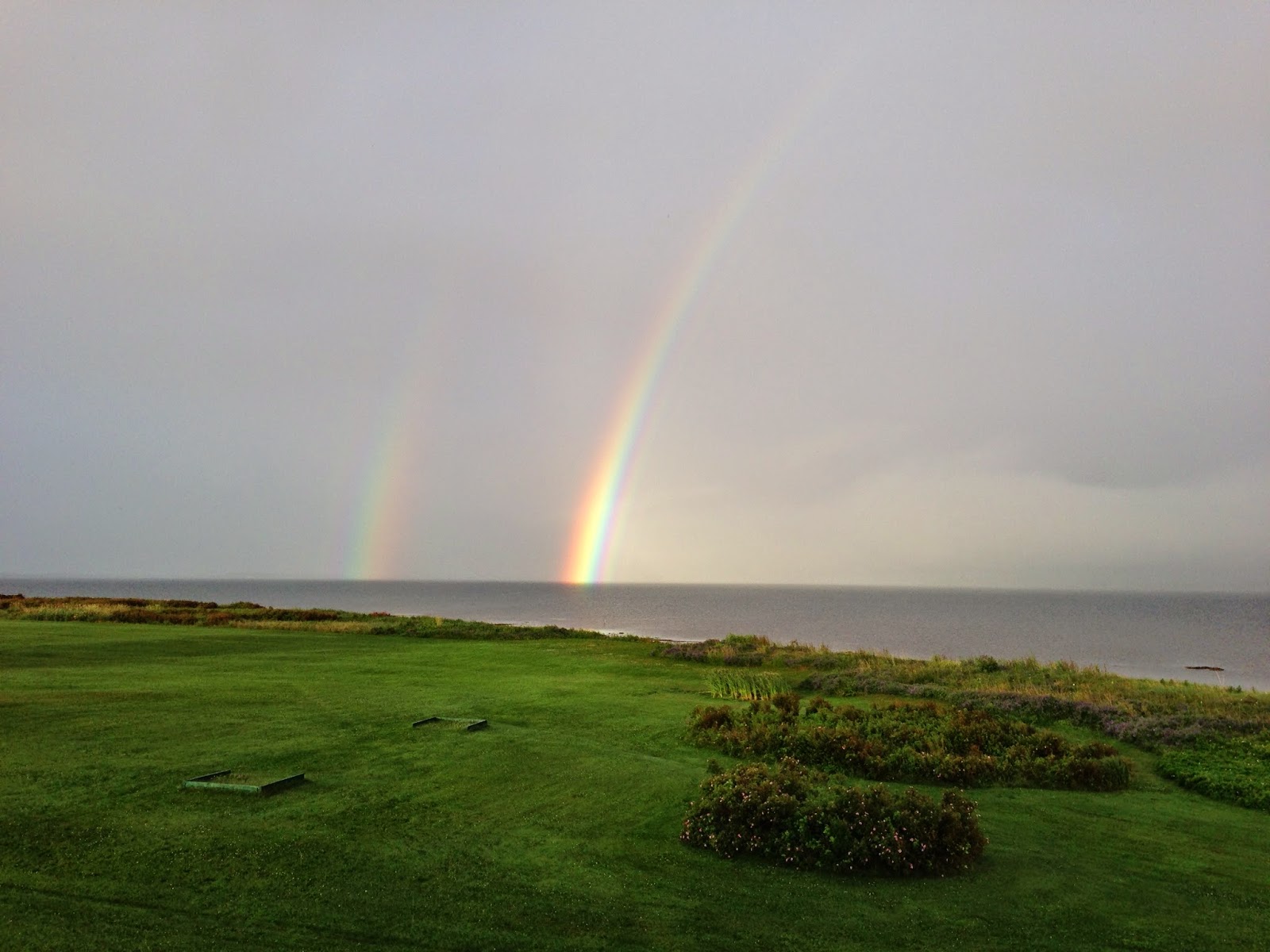